Congratulations to the winners of the Fondren Library Undergraduate Creative Writing Awards! 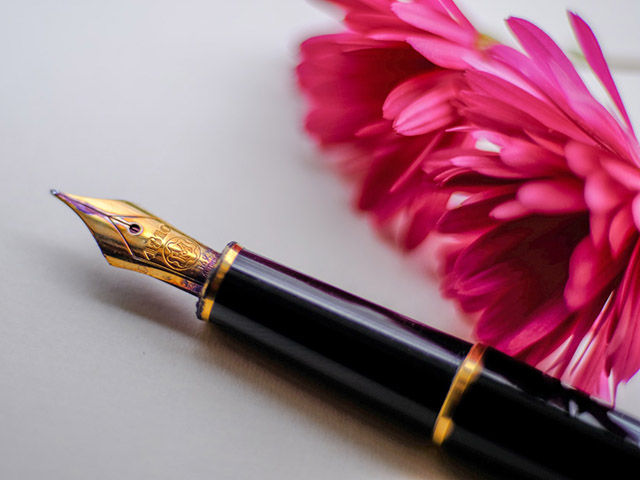 The Larry McMurtry Prize in Fiction ($1000) is awarded to Neha Tallapragada for "Sunny Day". Contest judge Sabrina Orah Mark writes, "This strange and beautifully written story asks what it means to fight for your life.  What does it mean to protest?  What does it mean to desire?  What does it mean to be afraid?  At its edge is a dark humor that feels like a life raft.  At its center are metaphors that slip in and out of being as real as it gets."

The Max Apple Prize in Nonfiction ($1000) is awarded to Jenny Li-Wang for "Second Son". Contest judge Alex Marzano-Lesnevich writes, "Jenny Li-Wang's 'Second Son' is about identity, culture, and inheritance—and the circumnavigations of love. Characters say not quite what they mean; parents carry hidden stories; a daughter returns to the homeland of her family; and even 'baby goats run little planetary circles around their mother.' Caught in a swirl utterly her own and yet beyond her full understanding, our narrator knows she can’t yet tell what she will carry with her, what will someday remain. I loved how elliptically potent this essay was, gorgeous in both language and structure."

The Susan Wood Prize in Poetry ($1000) is awarded to Ana Paula Pinto Diaz for her poems, "Market", "Convocación y Renacimiento", "I Call It Waking", and "After the Eruption". Contest judge Sabrina Orah Mark writes, "These poems unearth a place that feels like a place before god, and seeds, and mouths.  They live in the space before waking, and hold language so tenderly at times the words feel like dust you can plant -- and with water and sunlight -- grow a whole new world."

Thank you to our judges; to the Rice University Department of English, in particular Amber Dermont, Lacy Johnson and Ian Schimmel; and to the nearly fifty students with entries in this year's contests. We are elevated by your contributions to creative writing in our community.

Sabrina Orah Mark grew up in Brooklyn, New York. She earned a BA from Barnard College, Columbia University, an MFA from the Iowa Writers’ Workshop, and a PhD in English from the University of Georgia. She is the author of the book-length poetry collections The Babies (2004), winner of the Saturnalia Book Prize chosen by Jane Miller, and Tsim Tsum (2009), as well as the chapbook Walter B.’s Extraordinary Cousin Arrives for a Visit & Other Tales from Woodland Editions.  Her collection of stories, Wild Milk, was published by Dorothy in 2018.  Mark’s awards include a National Endowment for the Arts Fellowship, a Sustainable Arts Foundation Award, and a fellowship from the Fine Arts Work Center in Provincetown, Massachusetts. Her poetry and stories most recently appear in American Short Fiction, The Bennington Review,  Tin House (Open Bar), The Collagist, jubilat, The Believer, and have been anthologized in Best American Poetry 2007, Legitimate Dangers: American Poets of the New Century (2006), and My Mother She Killed Me, My Father He Ate Me: Forty New Fairy Tales (2010). She has taught at Agnes Scott College, University of Georgia, Rutgers University, University of Iowa, John Jay College of Criminal Justice, Goldwater Hospital and throughout the New York City and Iowa Public School System. She lives in Athens Georgia with her husband, Reginald McKnight, and their two sons. For The Paris Review she writes a monthly column on fairytales and motherhood entitled HAPPILY.

The Max Apple Prize in Nonfiction judged by Alex Marzano-Lesnevich

Alex Marzano-Lesnevich is the author of THE FACT OF A BODY: A Murder and a Memoir, which received a Lambda Literary Award, the Chautauqua Prize, the Grand Prix des Lectrices ELLE, and the Prix France Inter-JDD, an award for one book of any genre in the world. Named one of the best books of the year by Entertainment Weekly, Audible.com, Bustle, Book Riot, The Times of London, The Guardian, and The Sydney Press Herald, it was an Indie Next Pick and a Junior Library Guild selection, long-listed for the Gordon Burn Prize, short-listed for the CWA Gold Dagger, a finalist for a New England Book Award and a Goodreads Choice Award, and has been translated into nine languages. The recipient of fellowships from The National Endowment for the Arts, MacDowell, Yaddo, and the Bread Loaf Writers Conference, as well as a Rona Jaffe Award, Marzano-Lesnevich has written for The New York Times, The New York Times Sunday Magazine, The Boston Globe, Oxford American, Harpers, and many other publications. They earned their BA at Columbia University, their JD at Harvard Law School, and their MFA at Emerson College. They are now an assistant professor at Bowdoin College and live in Portland, Maine, with an enormous puppy.